Grounding of your home electrical wiring system adds a safety factor for your family. A grounded system routes excess electricity into the ground, even if there’s an electrical malfunction. This prevents electrical shocks to people and prevents damage to home electronics.

Protect Your Family from Shocks

Electricity travels the path of least resistance. If an appliance like a toaster breaks, electricity can flow on the metal outside of the toaster. Touching it could result in a serious shock, causing injury or even death. But if the electrical system is grounded and the toaster is plugged in with three prongs, the electricity won’t flow to the outside of the toaster. Instead it will flow through the third prong back into the wires and harmlessly into the ground.

Grounding protects not only people but also sensitive electronics. Without grounding, electrical charges build up in wiring and create slight but continuous damage to delicate electronics. This damage can shorten the lives of computers, entertainment systems, phones, refrigerators, ovens, microwaves, and other appliances.

You are probably aware that it is desirable to provide surge protection for electronic devices. Surges are sudden increases in power. These can occur when the power comes back on after an outage or anytime that the power from your electrical utility fluctuates. Surges can also occur when appliances in your home turn on and off.

Best Protection for Your Appliances and Electronics

The best protection for your electronics and appliances is a grounded electrical system combined with a Whole House Surge Protector. Most appliances and electrical devices include “smart” components that are electronic and are subject to damage from surges. For example, today’s clothes dryers have electronics that sense whether the clothes are dry. This adds convenience but also vulnerability to electrical surges. Imagine the cost if many of your appliances, computers, printers, etc. were to be wiped out by a large electrical surge.

If you are interested in finding out if your electrical system is grounded or more about whole house surge protection, give The Electric Connection a call and ask to speak with our in-office Los Angeles electrician.

How can you tell if your electrical system is grounded?
My Electrical Outlets Have Three Prongs – Are They Grounded?

How can you tell if your electrical system is grounded?

Homes built before 1950 were sometimes grounded. Homes built after 1950 were usually grounded. If you call our office, we will be happy to give you a Free Home Electrical Safety Inspection to determine if your home is grounded.

My Electrical Outlets Have Three Prongs – Are They Grounded?

If your home has electrical outlets which accept three prongs, it MAY have a grounded system. The third prong allows an appliance to be grounded if it’s plugged into a grounded electrical system.

Even if your system was originally grounded, wiring mistakes can render it ineffective. A qualified electrician can examine your electrical system with a special testing device to make sure the grounding system actually works. Call us if you would like a free consultation. 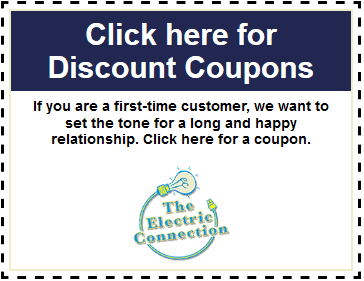