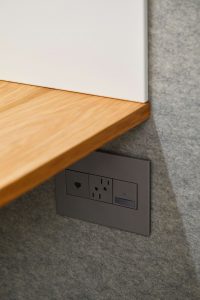 Electricity is almost as important as oxygen nowadays. It powers everything around us in one way or the other. Just like electricity is useful, it can also be dangerous. But we will not discuss the dangers here.

Electric current flows in either of two ways–AC or DC. For years, these two types of current have been compared to decide who is king, but it has been a tough battle. What really is the difference between AC and DC? Read on to find out.

AC which is Alternating Current was developed by Nikola Tesla. It is a current that switches direction; sometimes going backwards or forwards. It is represented by a wave-like current. DC is Direct current developed by Thomas Edison and it flows in a steady single or forward direction. For AC the cause of its switching direction is a rotating magnet along the wire. This is unlike DC which has steady magnetism along the wire to give it a forward direction.

In a circuit, DC flows in one direction while AC reverses its direction.

How the differences between AC and DC are applied

AC is most commonly applied in the home or in offices. Transformers are used to aid the change in voltage from high to low. AC current is used up by home appliances like your TV, Air conditioner and more.

DC supplies electric current to electric devices that use a battery. A good example is your mobile phone or radios. A laptop uses both AC and DC currents. AC current flows from the circuit through the charger to the box in the middle. This box known as a power adapter converts the AC current to DC.

AC and DC remain widely used for different purposes in the electrical industry.

History has it that in the 19th century, Edison and the Westinghouse had a sort of war over which current was superior. Apparently, Edison had patents invested in the wide use of DC and he did not take kindly to the competition with AC. Edison decided to prove that DC was superior with demonstrations of AC killing large animals. For that time, his experiments to show that AC was dangerous caused many to turn to DC. But soon the limitations of DC were discovered and AC became dominant.