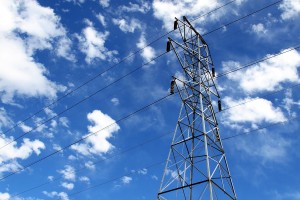 Have you ever looked around your home and really taken a look at the outlets? Probably not. It isn’t something we spend a lot of time thinking about or focusing on. We need something and we plug it in and it is forgotten. Unfortunately, all that stuff that is plugged in is costing us money whether we are using it or not. It is a little difficult to tell just what it is that is draining the electricity and running up the electric bill. An electrician in Beverly Hills is ready to explain it to you so you can better manage your energy consumption. It is important to realize that everything that is plugged in is pulling electricity, whether it is on or not.

Let’s look at some of the most common appliances in a home and see just what they are costing you. You will be surprised by some explains your Beverly Hills electrician.

*Your television uses about 5 watts plugged in, but not on. That adds up to about .37 a month.

*Your DVD player is using about 4 watts, which costs about .29 per month.

*The microwave when not in use, uses about 3 watts for a total of .22 per month.

*The XBOX, Playstation or Wii is actually only pulling about 1 watt while it is plugged in costing you a grand total of .07 per month.

*A cable TV converter or box is a big one, it is costing you .80 per month by pulling in 11 watts.

These are just a handful of the most common devices in a household. Now, most households have more than one TV, cable box and DVD player says an electrician. Beverly Hills residents that want to save even a couple of dollars on the electric bill can unplug these items when not in use and save a little money. For more information, call The Electric Connection today.

Company Legal Info
Why Choose The Electric Connection
Cities and Areas Served
We're hiring!
Contact Us for A Free Estimate!