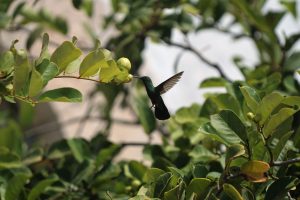 Your house is not the scene of a horror movie. So, in most cases when you have heard a certain buzzing sound more than once, it’s probably real and not your mind playing tricks.

Electrical appliances do make sounds caused by the electricity itself. This is thanks to the alternating current in electric wires which cause fluctuations or irregularity in magnetic fields. The fluctuations, in turn, produce vibrations which play out as harmless, quiet sounds.

The twist to this, however, is that not everyone can hear the sounds of their electrical appliances. Only very few people who are attuned to the sound of electricity can. For audible sounds to be created, there has to be an increase in voltage.

When is an electrical buzzing sound no longer normal?

When the noise, hum, or buzz becomes louder than it should be, then it’s time to worry. An electrician can help you point out the source of the buzz and its cause.

An electrical buzzing sound can also be referred to as a mains hum. You can often hear a mains hum which is above 60 hertz around your refrigerator or other large units in the home that operate on a motor.

Beyond this, a mains hum can indicate a problem in your breakers or wiring. If the loud sound seems to come from a breaker, shutting it off may be a bad idea. Hence, contacting an electrical technician is the best thing to do.

If the noise comes from an appliance or fixture, you can shut it off immediately before calling a professional electrician. An electrical buzzing sound from a lighting fixture might only require you to change the bulb to fix the problem.

Buzzing sounds from the wall usually indicate old or damaged wires. You can shut off the power to the circuits in that area to stop the noise and call an electrician.

Wall outlets can be another source of an electrical buzz and the culprit is often improperly grounded wiring or increase in voltage that overwhelms the wiring.

It’s important to attend to electrical humming sounds as soon as possible. If the humming sounds do indicate a problem, then there is a risk of electrical fires and the issue getting worse than it is. Getting professional help on-time serves to protect life and property. Do not attempt to DIY the issue as it can only make things worse and put everyone around you in danger.

Company Legal Info
Why Choose The Electric Connection
Cities and Areas Served
We're hiring!
Contact Us for A Free Estimate!